The Story of Avalanche at Dawn

At age eight I brought home three 45 rpm records, one of which was “Don’t Say Nothing Bad (About My Baby)” a catchy girl-group song recorded by the Cookies. I really liked it. When I played the record, I noticed below the song title two hyphenated names in parenthesis: Goffin-King. I loved the record’s flip side, “Softly in the Night,” even more. It had the same two names under the title.

I somehow deduced that Goffin and King must have written these songs–and writing songs as good as these seemed like something to aspire to.

Fast forward about forty years: I’m a family doctor, having abandoned a songwriting career because I learned, to my chagrin, that unless you are as successful as Carole King and Gerry Goffin, writing songs is a tough way to make a living. By now, however, I’ve had the great good luck to marry a gifted pianist, Diane Guernsey, whose master’s degree is in classical performance.

Diane and I sing together occasionally at block parties–and out of that nucleus a band begins to form. We start performing under the name Avalanche, joined by Liz Loglisci, whose unique and powerful solos and harmonies lend us a distinctive sound.

To my surprise, I start writing songs again. Our performances around Westchester County include original tunes and covers from rock, folk and the Great American Songbook. A few years later bassist Kevin Hill and drummer Brian Carter, virtuosos comfortable in genres from jazz and blues to rock and soul, add their talents to our band–and to our first studio CD, Restless Hearts.

By the time we go into the studio to record our second CD, Daylight, we’ve been joined by Dana Celestino, whose high vocal harmonies and one memorable solo add sparkle to our sound.

Avalanche, as it turns out, is a fairly popular band name, and so, to make it easier for people to find us on the internet, our group becomes Avalanche at Dawn.

A good beat is always a must. So is a singable tune. And we're all suckers for tight harmonies. Throw in some lyrics that breathe with a little poetry, compassion and honesty-- and maybe you've got something.

One of the things I learned when I was performing alone is that a song is only as good as its messenger.

When you listen to Daylight, I’d draw your attention to Diane, Liz and Dana’s wonderful singing, to our backing harmonies, to Diane’s peerless keyboard work, to Kevin’s masterful bass lines and to Brian’s creative energy on the drums. They bring these songs to life in a way that thrills me–and I hope it speaks to you. 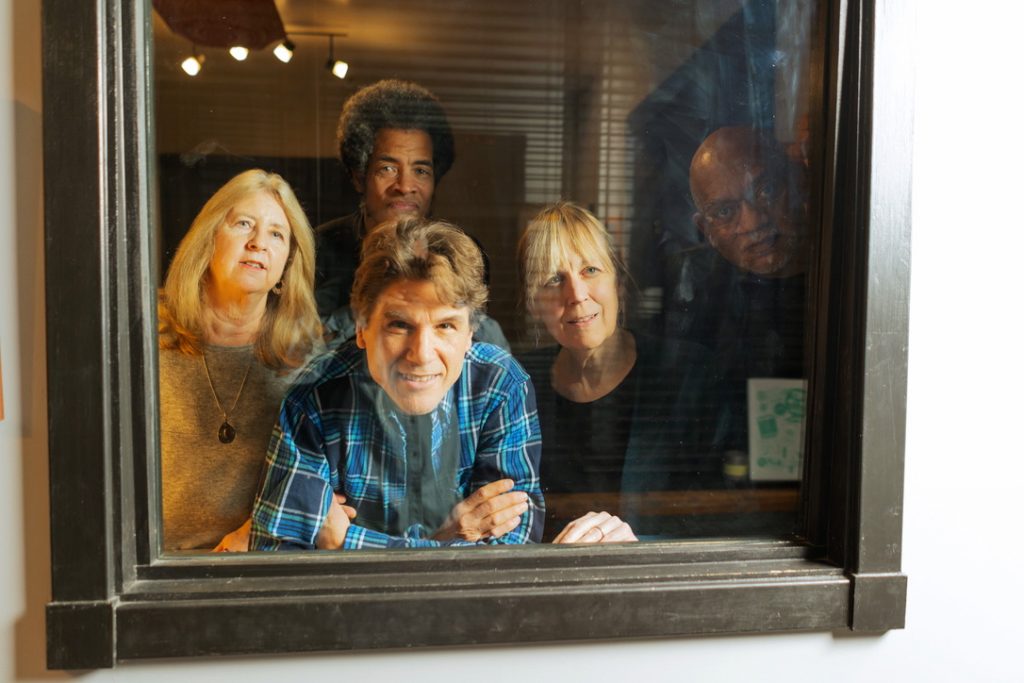 People ask what kind of music we play, and I don’t know quite what to answer. Americana? Pop? Folk? Rock? Maybe. When the Beatles made their historic appearance on the Ed Sullivan Show, my entire family was glued to the television. After their synchronized bows, we turned to my Belgian mother, a forceful personality, for her considered verdict. “I like them,” she pronounced. “They have a good beat.”

A good beat is always a must. So is a singable tune. And we’re all suckers for tight harmonies. Throw in some lyrics that breathe with a little poetry, compassion and honesty–and maybe you’ve got something.

Bands evolve. We now perform with our brand-new third vocalist, Olivia Knittle, whose warm, sensitive voice is a terrific match for our new songs. And Terry Shook, a gifted percussionist, often joins us on the djembe.

Dreams? We all have dreams. When the Beatles were interviewed during their first American tour, they told reporters, “We’re in it for the money.” It got a good laugh. Truth is, we’re all in it for the music–because we know that a big payday is a dicey proposition.

But there is something more precious than money–and that’s recognition. I don’t really care if no one’s every heard of me, but I would like my songs to be sung, to be heard and to be deemed worthy. And I’d like members of the band to be recognized for their gifts–for their creativity and musicianship.

I would like listeners to get chills at moments when the harmonies, the keyboard, the bass and the drums all come together–and to borrow some lines from the novelist Jack Kerouac, when a song bursts like a fabulous Roman candle “exploding like spiders across the stars and in the middle you see the blue centerlight pop and everybody goes ‘Awww!’ “

That’s what we dream about. And you can help us make that dream come true just by listening–and by letting us know if you found yourself moved by our music, and whether there were moments it even gave you chills.

Meet the music makers of Avalanche at Dawn.

vocals, guitar, harmonica
First sang professionally at the age of seven, appearing in the Noel Coward musical Sail Away on Broadway. Paul started writing songs after college and kicked around the country as a solo singer-songwriter before taking a professional detour--becoming a family doctor--and then founding Avalanche at Dawn with Diane Guernsey, his wife and musical better half.

vocals, keyboard
Received a master's degree in piano performance at SUNY Stony Brook, where she studied with Gilbert Kalish. Diane has performed in solo and ensemble concerts at Symphony Space ("Bloomsday") and Caramoor, at the Summit Music Festival in Purchase, and at festivals in San Francisco, Paris and Nice. She teaches piano and is a vocal coach and accompanist at Manhattanville College.

vocals
Olivia Knittle is an early-20s vocalist from Westchester, New York. At a young age, she began singing while learning piano, flute, and trombone. Music is her passion in life, and she hopes to inspire young musicians to discover their musical interests. She graduated from Manhattanville College with a music education degree and is pursuing a masters in special education. She's been performing with Avalanche at Dawn at festivals and community events all around Westchester since 2019.

drums
Received an MFA at Purchase Music Conservatory and attended the Creative Music Studio in Woodstock, NY, where he studied under such jazz luminaries as Dewey Redman, Don Cherry and Ornette Coleman.  A fixture in the Westchester music scene, Brian performs with the Brian Carter Quartet and as a sideman and session drummer. He also directs the New Rochelle Jazz Festival and teaches in public schools and in his private studio.

bass
Kevin Hill has been a professional bass player for 50 years--since the age of 12. He has performed with such luminaries as B.B. King and Little Richard. While his primary influence is James Jamerson from Motown, along with all forms of rhythm and blues, he is a student of most genres of music. He hopes to continue his studies of the bass for many more years until he gets it right.

djembe
Born into a musical family, Terry studied the violin, viola, cello, and the french horn throughout school. He auditioned for Juilliard when he was in high school, but didn’t return for the second audition because he loved the drums too much, and rock drummers were not part of the classical scene. So he went on to study and perform as a drummer--from big band to rock and roll--taking him on a journey he still enjoys today. 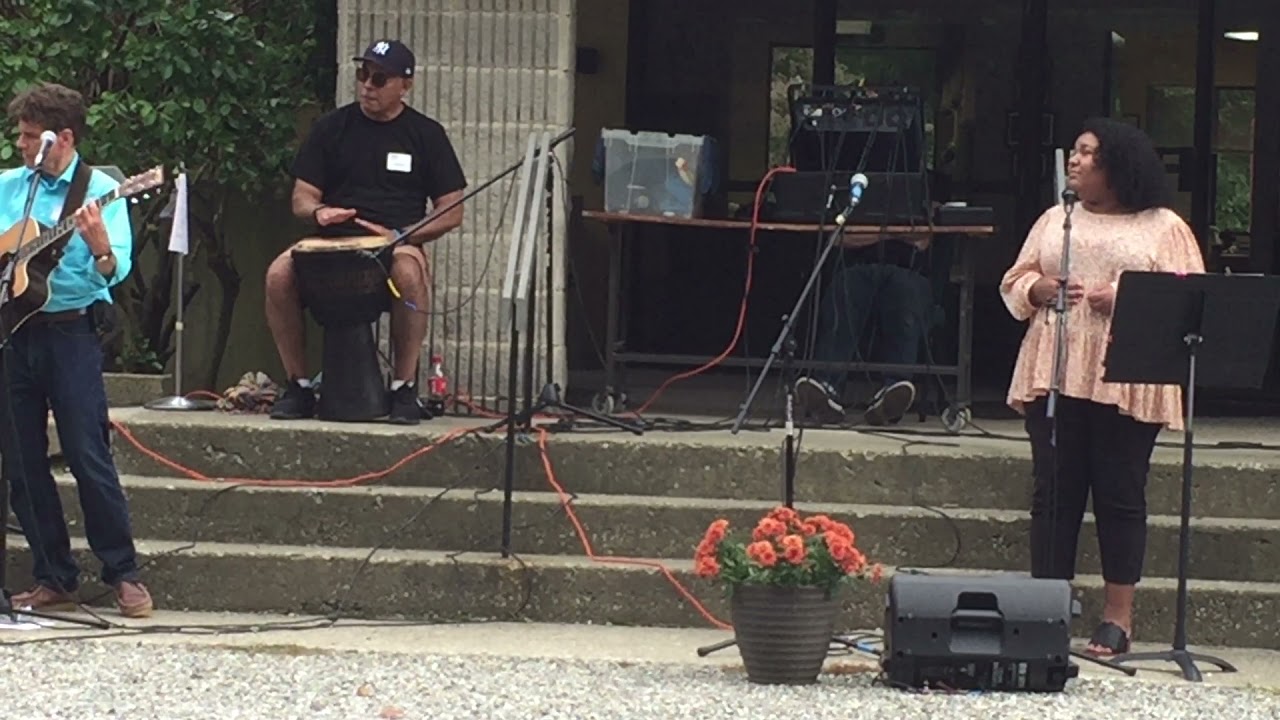 Video: It's All Right, Good Night 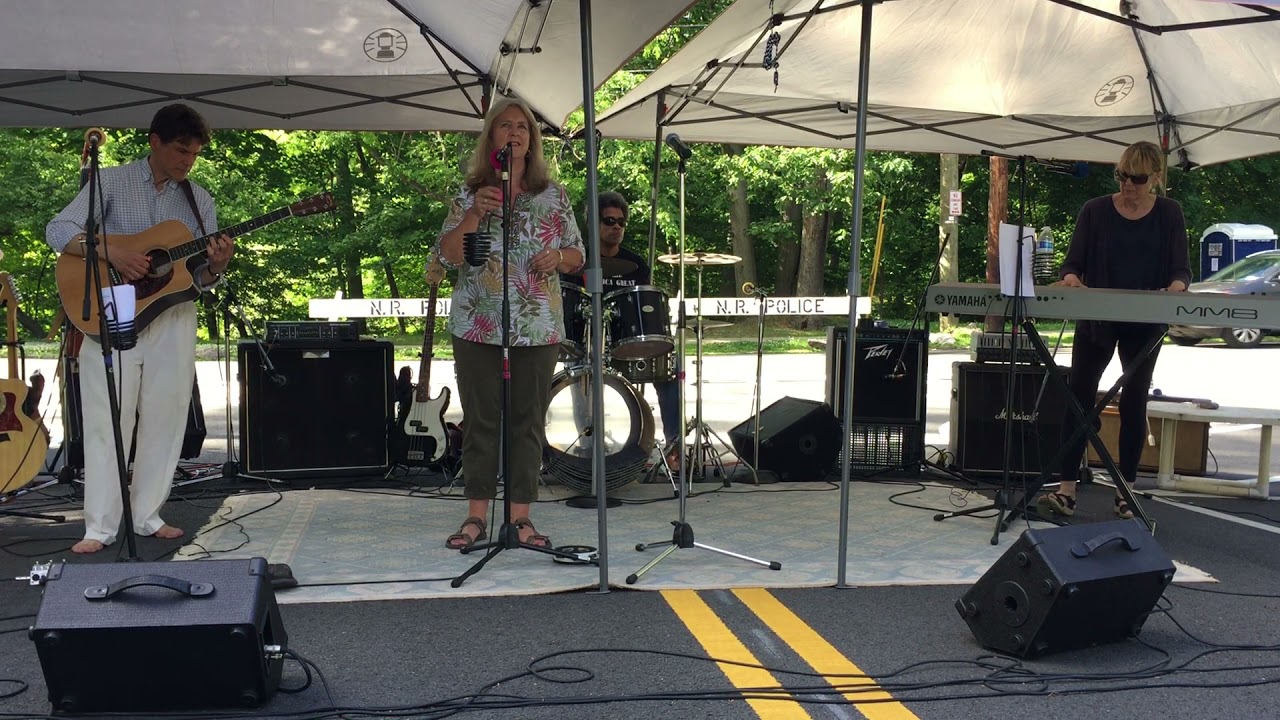